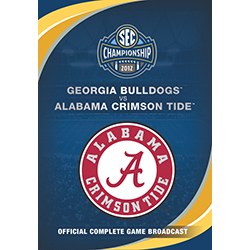 Although the difference was an incredible play by Amari Cooper and an even better throw by AJ McCarron, the play was the result of a dominating ground game. Alabama stuck to the same script that had resulted in success all season long. By the time the dust settled, the Crimson Tide had racked up an SEC Championship Game record 350 yards on the ground. Overall,. the showdown between Georgia and Alabama proved to be one of the best games of the 2012 football season. Each team made plays, and Georgia fell just a few yards short of a game winning score as time expired.