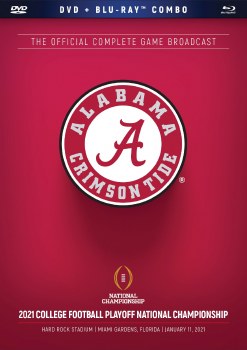 Behind Alabama’s dominant offensive line, which was named the best in collegiate football, the Tide finished with 621 total yards.

Heisman Trophy winner DeVonta Smith made 12 catches for 215 yards and three touchdowns and won the game’s Most Valuable Player award.

Alabama quarterback Mac Jones, who led the nation in passing efficiency, was 36 for 45 for a championship record 464 yards and five touchdowns, while Najee Harris amassed 178 yards from scrimmage including three touchdowns.

Under the direction of Head Coach Ryan Day ,Ohio State (7-1) was seeking its ninth national title.

During his post-game comments, Saban, who passed Alabama coaching legend Paul “Bear” Bryant for the most national titles, said, “perseverance” was the best word to describe his team because of what they overcame all season long to finish undefeated and win a championship.

Because of COVID-19 precautions only 15,000 fans attended the game played January 11 at Hard Rock Stadium, in Miami Gardens, Florida.