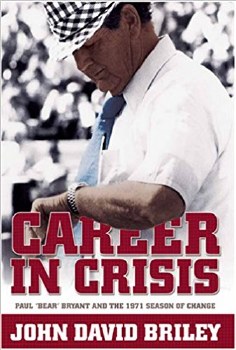 The American image of Alabama during the 1960s could be summed up by two distinct, and seemingly disconnected, images: Birmingham's Bull Connor targeting hoses against civil rights marchers and Coach Paul W.?Bear?Bryant guiding University of Alabama football to three national championships during the decade. By the end of the 1960s, however, both images had faded. Birmingham solved the worst of its civil rights problems. Alabama football, on the other hand, appeared mired in mediocrity. Then the football program was sued by the Afro-American Student Association for not recruiting black athletes. While this suit was eventually dropped in federal district court, the message was clear. The year 1971 changed everything in Alabama football. Read within the context of the social and political changes of the Civil Rights Movement, this book is more than a history of a successful team; it also examines the internal process of cultural changes at Alabama that helped produce a resurgence.