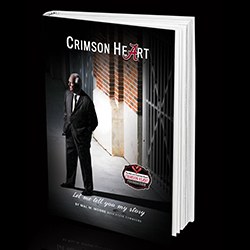 During his incredible career in athletics, Mal Moore became the only person to earn 10 National Championship rings in football. From his days growing up in Dozier to playing for the Alabama Crimson Tide to coaching under the legendary Paul Bryant to his days as an administrator, Coach Moore told his story to Steve Townsend in Crimson Heart: I Want to Tell You my Story.

In his autobiography, Moore details:

• Growing up in rural Alabama and fulfilling his dream of playing for the Crimson Tide
• His personal memories of the National Championship runs
• His own near death experience
• Alabama’s switch to the wishbone
• Recruiting trips
• What Coach Paul “Bear” Bryant meant to him
• Coaching at Notre Dame and the Cardinals
• Dealing with his wife’s Charlotte’s long battle with Alzheimer
• His efforts to rebuild the Alabama football program
• The true behind-the-scenes account of what really happened with the hiring of Nick Saban
• And, the honors that came his way in his final days

This book is in the words of Mal M. Moore with the closing chapter written by one of his trusted aides Ronny Robertson who details the final weeks of Coach Moore’s life. For anyone who is a fan of the Crimson Tide, this is a must read account of one of the legendary careers of a man who spent nearly 50 years at the Capstone as a player, coach and athletic director.