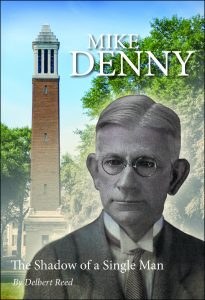 Mike Denny: The Shadow of A Single Man by Delbery Reed