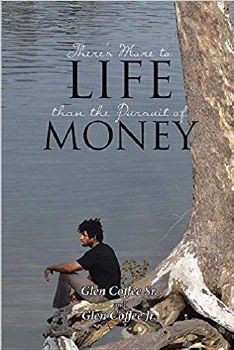 "There's More to Life than the Pursuit of Money" is an inspiring true story of a former NFL player called to ministry.

Glen Coffee Jr. was selecteed in the 3rd round of the 2009 NFL Draft. After one season, he left the NFL to pursue a career to follow God's calling to become an evangelist.

In 2013 Glen joined the United States Army and served as an Army Ranger for four years.

Glen is now back home at The University of Alabama serving as a member of Nick Saban's staff.